This week’s topic is Angsty Romances!  This topic has been much requested!  Let’s chat about our favorite ships that have a healthy side of angst (definition:  adj.; describes a situation or literary piece that contains dark, depressing, angry, and/or brooding emotions from the participating characters). 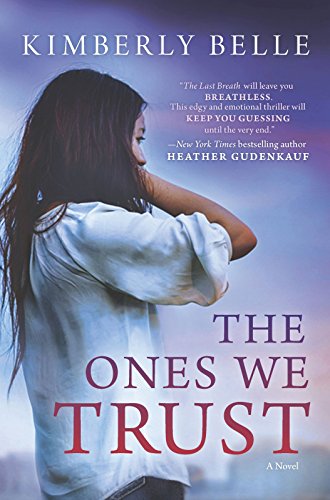 When former DC journalist Abigail Wolff attempts to rehabilitate her career, she finds herself at the heart of a US army cover-up involving the death of a soldier in Afghanistan. And she certainly never thought she would find herself falling for the slain soldier’s brother, Gabe.  There is much to love about either Abigail or Gabe, but together they really make a dynamic pair as they try to figure out what truly happened in his brother’s death.  All of the secrets and intrigue create a fragile line between the two of them that adds so many layers to the story as well as their budding relationship.  I rooted for them when they were together and despaired for them as they tried to work out what was between them.  The tangled plot and well paced tension add to making this book hard to put down.

This book follows CSI Reilly Steel who has moved from the United States to Ireland to head up the Dublin police forensic team.  She ends up working closely with Chris, a detective, and their mutual attraction to one another makes you wonder throughout the series will they or won’t they.  While you root for them to give each other chance, you can genuinely believe why they are so cautious.  I enjoy the development of their relationship and the mutual respect they have for each other, so that any romantic notions are good background story rather than at the forefront, so it never becomes distracting to the case.

Meg is a cassandra sangue, or blood prophet, who can see the future when her skin is cut.  She escapes her Controller and heads to the Lakeside Courtyard, a business district operated by the Others, and is hired by Simon, a wolf shape-shifter, as the Human Liaison.  Simon suspects that something is different about Meg and has to decide if she is worth the fight between humans and the Others that will surely follow by becoming involved.  This is a richly developed world that is fascinating to read, especially as the relationship between Meg and Simon is explored.

These two fight like cats and dogs, but there is this feeling of mutual respect and adoration for each other that is built further through the struggle they share in this world.  I truly hope that they find each other again and can find some peace even if it is for only a short time because you just never know with GRRM!

They are the embodiment of angst and drama, and quite honestly, by the end, I could only say that these two deserved each other.  And I loved every minute dysfunctional minute of it!
So those are my top angsty couples!  Who are your favorites?  Let me know in the comments!