This month my book club selected this book as our read and I can’t stop thinking about it!
I’m not sure even how to begin conveying my thoughts on this one because there are so many reasons it was so intriguing and addicting to read without giving away any of the spoilers that make this book so fascinating!  My only advice is to just go and read it!

Louise is a single mom, a secretary, stuck in a modern-day rut. On a rare night out, she meets a man in a bar and sparks fly. Though he leaves after they kiss, she’s thrilled she finally connected with someone.When Louise arrives at work on Monday, she meets her new boss, David. The man from the bar. The very married man from the bar…who says the kiss was a terrible mistake, but who still can’t keep his eyes off Louise.And then Louise bumps into Adele, who’s new to town and in need of a friend, but she also just happens to be married to David. David and Adele look like the picture-perfect husband and wife, but then why is David so controlling, and why is Adele so scared of him?As Louise is drawn into David and Adele’s orbit, she uncovers more puzzling questions than answers. The only thing that is crystal clear is that something in this marriage is very, very wrong, but Louise can’t guess how wrong―and how far a person might go to protect their marriage’s secrets. 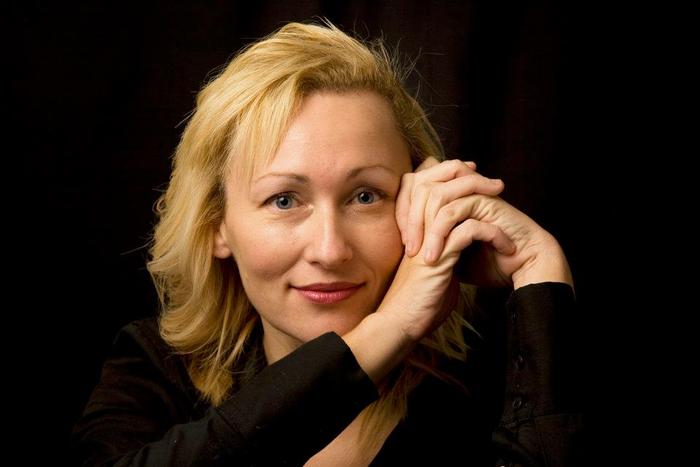 You can find her on:

This is an extremely difficult book to review because the most fascinating parts to discuss would ultimately spoil everything if I talked about them!  And we’re friends and I don’t want to ruin the experience for you!  This book is a journey and I want you to enjoy the one heck of a ride you will take by reading this.

I went into this book knowing there was a shocking ending that is so utterly twisted that you won’t believe it, see it coming, nor predict it, and that’s exactly what it was.  The social media marketing campaign surrounding the book included #WTFthatending.  And while it totally lives up to the hype, it undeniably drives reader curiosity.  I know there are many who hate it or felt let down by it, but I personally loved it because in my opinion, it defied the genre and created an interesting way to think about or rethink the very nature of psychological thrillers as we know them.  I think that in a lot of ways if you’ve ever read A Monster Calls you know that it becomes apparent that there are scarier things to face than the “monster.”  And though these two books are in no way connected or similar, Behind Her Eyes lends itself to the incredible suggestion that ultimately there are far scarier means of inflicting psychological terror on people than through criminal actions.

The story is very readable and engrossing to the point of being addicting.  I thoroughly enjoyed the slow, simmering suspense that was built.  None of the characters are likable, as they are all greatly flawed and irritating due in large part to their horrible decision-making skills.  But just like them, you are driven to find out what is going on!  You want to know the truth, but once you get to the end, you’ll only hear Jack Nicholson from A Few Good Men screaming at you, “You can’t handle the truth!”

I highly recommend this one, especially if you are looking for a thriller that takes things to a whole new level not yet seen before.  I look forward to rereading this one at some point in the future to slowly savor the incredible brilliance of it all over again.  Hopefully, you’ll also have a hard time not thinking about it as well and you’ll come on back so we can talk about it together!

1 thought on “Book Review: Behind Her Eyes by Sarah Pinborough (Thriller)”