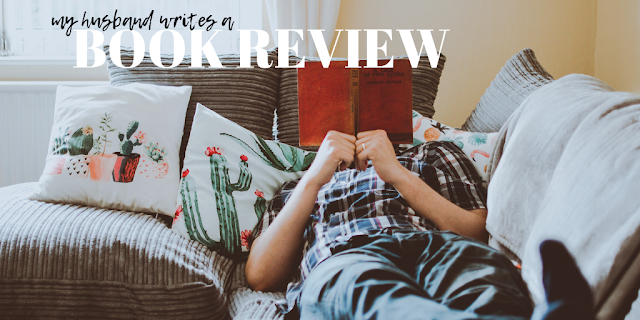 Greetings Friends!
There’s been a trend on YouTube for awhile of people having their significant others pick their TBRs, do their makeup, or buy their outfits. Since my husband is an avid history reader and finished this new book about the America Revolution that recently came out, I thought it would be a great opportunity for him to collaborate with me in order to post something from a genre that typically doesn’t make it on here very often. Hopefully you enjoy this segment and we’ll see more from him!

“Wait? You want me to write a review of a book for you? Why would I do that? You’re the blogger! I’m just the long-suffering husband of a librarian.” – My husband, Matt, shortly before writing the review.

The British Are Coming
by
Rick Atkinson
Genre: Nonfiction
Publisher:  Henry Holt
Date of Publication:  May 14, 2019
Number of Pages:  782 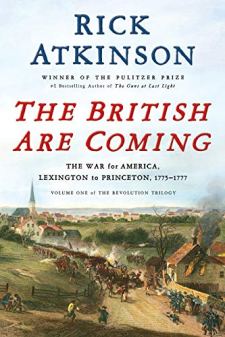 From the bestselling author of the Liberation Trilogy comes the extraordinary first volume of his new trilogy about the American Revolution. Rick Atkinson, author of the Pulitzer Prize-winning An Army at Dawn and two other superb books about World War II, has long been admired for his deeply researched, stunningly vivid narrative histories. Now he turns his attention to a new war, and in the initial volume of the Revolution Trilogy he recounts the first twenty-one months of America’s violent war for independence. From the battles at Lexington and Concord in spring 1775 to those at Trenton and Princeton in winter 1777, American militiamen and then the ragged Continental Army take on the world’s most formidable fighting force. It is a gripping saga alive with astonishing characters: Henry Knox, the former bookseller with an uncanny understanding of artillery; Nathanael Greene, the blue-eyed bumpkin who becomes a brilliant battle captain; Benjamin Franklin, the self-made man who proves to be the wiliest of diplomats; George Washington, the commander in chief who learns the difficult art of leadership when the war seems all but lost. The story is also told from the British perspective, making the mortal conflict between the redcoats and the rebels all the more compelling. Full of riveting details and untold stories, The British Are Coming is a tale of heroes and knaves, of sacrifice and blunder, of redemption and profound suffering. Rick Atkinson has given stirring new life to the first act of our country’s creation drama.
CLICK TO PURCHASE ON AMAZON!

**Note. Even after 17 years I still do things to make her happy, thus this review was written. Even if it’s not written for her usual audience. ** 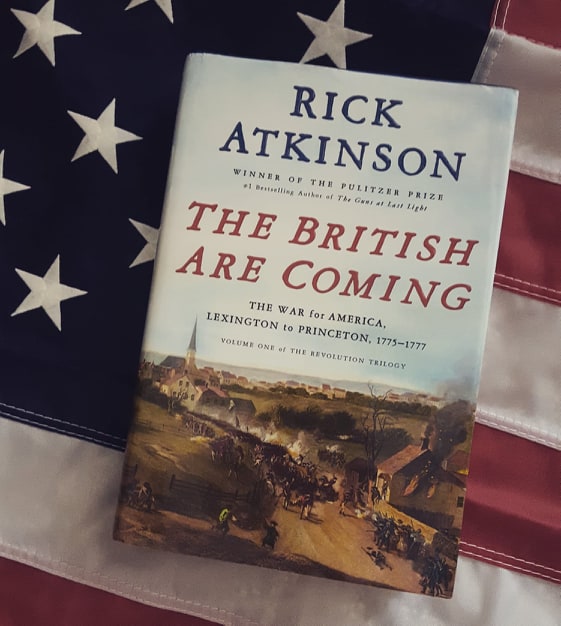 I am well versed in history and enjoy reading about it. History is laced with human ambition and tragedy that is hard to compare to in a fictional setting. Yet I had found myself wanting more in terms of knowledge about the creation of the country I have served for nearly 21 years as both an enlisted man and now as a Major of Artillery. With the release of Rick Atkinson’s, The British Are Coming, I decided to remedy that problem.

This book, the first in a trilogy, covers the American Revolution from Lexington to Princeton, 1775-1777. As a fan of Atkinson’s books, I found this to be better written than his WWII series. Still at 594 pages (before bibliography), this large format hardbound book is a weighty tome to work through!

Like all of Atkinson’s works, the book at times meanders and it is wordy. That said, he weaves first and third hand accounts brilliantly within the narrative to inform us of the momentous events of the revolution via story. The political, social, ethical, and military’s problems with the Revolution are woven together to inform the reader why certain decisions were made and how it affected the greater “story.”  Interlaced in the tapestry of the story is the very human foibles and ambitions of the US founding fathers, such as their look on slavery as well as the radical idea (for the time) of establishing a republic

Like so often when picking up a new book, I was looking for something both entertaining and informative and The British Are Coming delivered on both accounts. This will make a great addition to your history collection if you are looking to expand your knowledge of the US Revolution or just simply deciding to get into historical nonfiction. 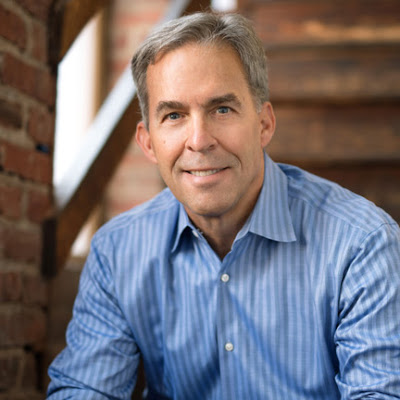 Rick Atkinson is the bestselling author of six works of narrative military history, including The Guns at Last Light, The Day of Battle, An Army at Dawn, The Long Gray Line, In the Company of Soldiers, and Crusade. He also was the lead essayist in Where Valor Rests: Arlington National Cemetery, published by National Geographic. He was a reporter, foreign correspondent, war correspondent, and senior editor at The Washington Post for more than twenty years. His many awards include Pulitzer Prizes for journalism and history, the George Polk Award, and the Pritzker Military Library Literature Award for Lifetime Achievement in Military Writing. He lives in Washington, D.C.
For more information, please visit https://revolutiontrilogy.com/.

Many thanks to my husband for writing a review and humoring me in my bookish journey! Hopefully, he’ll be back soon with more reviews to create a more well-rounded reading experience for everyone!