This week’s topic is Books You Felt Betrayed By!  Beware the Ides of March!  Let’s talk about books or characters that you felt betrayed by for whatever reason…big or small.
Here are my selections in no particular order.
This is the third book in the Reilly Steel series, which you could essentially skip and you wouldn’t miss anything.  When I discovered the first book, Taboo, I was blown away.  I couldn’t believe I had never heard of this series before, so of course I had to get my hands on the next book, Inferno, which turned out to be even better than the first one.  However, Hidden doesn’t even read like the first two.  It’s slow and the conclusion to the main mystery is so unsatisfying.  A completely different case is showcased near the end and that small bit is way more interesting than the entire book.  Overall, this one was a complete letdown that I was very unsure about continuing on with the series, but ultimately, I’m glad that I did because the next three books that are currently available continue to get better and better.  Unless you feel that you have to go through a series in order, then just do yourself a favor and skip this one altogether and move to book four – The Watched.

While I do enjoy this series, I’m just not a fan of Calaena’s character.  I felt that she was too much tell and not enough show, especially since she’s an assassin.  I want to see her in action not listen to her constantly refer to how awesome she supposedly is.  If you’ve read the book and feel the same, I encourage you to check out this hilarious and very honest review about how ridiculous this character truly is.

This is one of my favorite books, so without giving anything away, I just felt betrayed that I was fooled by her character.  Funny enough, I’m not mad about that aspect, but was more shocked how everything played out with her.  While I began with so much empathy towards her situation, I was so completely blown away by the end at how different I felt towards her and her circumstances.

This is the fifth book in the Library Lover’s Mystery series, and unfortunately, this one is another example of asking yourself, “What happened?”  The series starts off well about a librarian in a small Connecticut town who becomes an amateur sleuth and solves cases that pertain to incidents surrounding the library.  However, beginning around book three, the plots start to drift away from the library slightly and into other aspects of the community.  This book just took it a little too far by delving into a coffee cartel on a completely different continent!  I struggled with this one and had a very hard time understanding much less suspending my disbelief about some of the character’s actions.  Future rereads of the series will not include this one.  Thankfully, the sixth book returns readers to the workings of the library and was such a relief after the hot mess that was this one!

Show Jaime from Game of Thrones 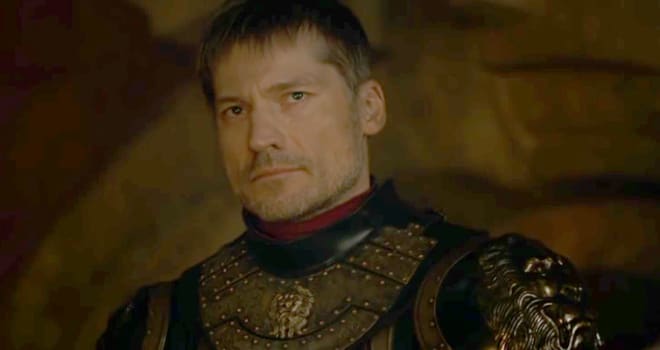 Book Jaime undergoes a massive character arc, which is amazing to read about and was being portrayed fairly well as the show was progressing into season five.  However, with season five things began to drift away from the source material and he became way more allied to his sister Cersei than was represented by the character arc in the books.  I was not a fan of this slow dragging out of their continued reliance on each other, but as season six ended, I am hopeful that he begins to return to the character growth he was experiencing in the books in order to finally make the decision to sever ties from his sister completely.
So those are my picks!  What are some books or characters you’ve felt betrayed by?  Let me know in the comments!