Today, I have a review of A Deadly Eclair by Daryl Wood Gerber, the first book in the French Bistro Mystery series.

It’s always been Mimi Rousseau’s dream to open her own bistro, but it seems beyond her grasp since she’s been chased back home to Nouvelle Vie in Napa Valley by her late husband’s tremendous debt. Until her best friend Jorianne James introduces her to entrepreneur Bryan Baker who invests in promising prospects. Now, working the bistro and inn until she’s able to pay it off and call it her own, Mimi is throwing the inn’s first wedding ever.The wedding will be the talk of the town, as famous talk show host Angelica Edmonton, daughter of Bryan’s half-brother, Edison, has chosen the inn as her perfect venue. Anxious, Mimi is sure things are going to turn south, especially when Edison gets drunk and rowdy at the out-of-towners’ dinner, but by the evening, things begin to look up again. That is until six AM rolls around, and Bryan is found dead at the bistro with an éclair stuffed in his mouth. And the fingers point at Mimi, whose entire loan is forgiven in Bryan’s will.Now it’s up to Mimi to clear her name and get to the bottom of things before the killer turns up the heat . 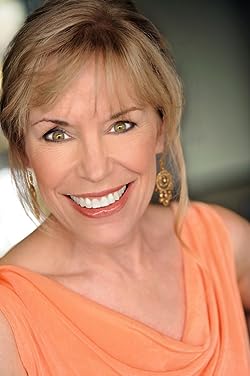 Agatha Award-winning and bestselling author Daryl Wood Gerber also writes the bestselling Cookbook Nook Mysteries, and as Avery Aames, she pens the Cheese Shop Mysteries. Fun tidbit: Daryl appeared on “Murder, She Wrote.” She has also jumped out of a perfectly good airplane and hitchhiked around Ireland by herself. She loves to read and has a frisky Goldendoodle named Sparky.
You can connect with her on:
WEBSITE  |  FACEBOOK  |  TWITTER

I received a copy of this book for free in exchange for an honest and thoughtful review.
This was such a fabulous debut and definitely one that you are going to want to pick up if you are a fan of culinary cozies as well!
From the feisty protagonist, Mimi, to the eclectic and suspicious cast of characters each with their own motives for murder, there is so much to love about this book. All of the people that make up Mimi’s staff are so endearing and have created a heartwarming and welcoming place for visitors. It was such a treat to be in their company and move through the story along with Mimi as she tries to solve the case. I especially loved how much investigative work Mimi conducts herself; however, very few clues are revealed as the story unfolds, ultimately creating a truly well layered and plotted mystery that has to be read to the end in order to find out who the killer is. Her amateur sleuthing skills are far more competent and ambitious than Tyson’s, the law enforcement officer charged with finding out the truth.  And despite this scenario being the case in all cozy mysteries, it was incredibly well done and came across as highly believable, providing some light humor into their interactions with each other.
The author’s descriptive style beautifully captures the setting and paints a lush and inviting place you would want to visit on your next holiday. And all the talk about the French food served in the bistro will leave your mouth watering! So make sure you have some snacks available while reading or cook up some of your own versions using the provided recipes at the end of the book! Maybe one day I’ll get some time to recreate them myself!
I’m so glad that I had the opportunity to read this great start to a series that I will now be on the look out for and highly recommend! I definitely look forward to returning to Napa Valley in order to experience more adventures with Mimi at her bistro, but for now, I’m adding the author’s backlist to my TBR while I wait!

Head over to Great Escapes Book Tours to enter for your chance to win the Savor the Mystery prize package (US only).  And be sure to check out the blog tour for other reviews and recipes!

Many thanks to Daryl Wood Gerber, NetGalley, and Great Escapes Book Tours.  It was pleasure providing a review!