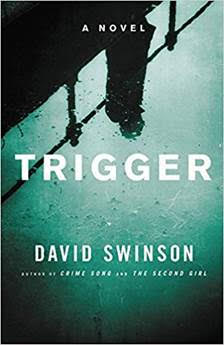 Frank Marr was a good cop, until his burgeoning addictions to alcohol and cocaine forced him into retirement from the D.C. Metro police. Now, he’s barely eking out a living as a private investigator for a defense attorney–also Frank’s ex-girlfriend. Ostracized by his family after a botched case that led to the death of his baby cousin, Jeffrey, Frank was on a collision course with rock bottom. Now clean and clinging hard to sobriety, Frank passes the time–and tests himself–by robbing the houses of local dealers, taking their cash and flushing their drugs down the toilet. When an old friend from his police days needs Frank’s help to prove he didn’t shoot an unarmed civilian, Frank is drawn back into the world of dirty cops and suspicious drug busts, running in the same circles that enabled his addiction those years ago. Never one to play by the rules, Frank recruits a young man he nearly executed years before. Together–a good man trying not to go bad and a bad man trying to do good–detective and criminal charge headfirst into the D.C. drug wars. Neither may make it out.
CLICK HERE TO PURCHASE ON AMAZON!

I received a copy of this book for free in exchange for an honest and thoughtful review.
This was an edgy and intense police thriller that follows Frank Marr, newly retired from the Washington D.C. police department, who now works as an investigator for a defense attorney’s office. His former partner, Al, is involved in the shooting of a black teenager and Frank begins investigating the surrounding circumstances. The story is told from Frank’s perspective in his voice as he works through the process of determining whether Al killed a seemingly unarmed teen, making this incredibly gripping and gritty. Frank doesn’t shy away from graphic content, which creates such a realistic story with authentic content, especially given the author’s own police background. Short chapters driven by quick, focused, and earnest dialogue kept the pacing swift, the tension high, and the pages turning, while also expressing the almost exact frenetic energy Frank seemed to embody as he tried to figure out what happened with his friend.
We aren’t privy to the information that the police are gathering to determine what charges Al may or may not face other than what Frank can gather, which ultimately made me feel as though I was missing the complete procedural element of the investigation. But personal preference aside, Frank is an incredibly driven and dedicated investigator whose skills by far make up for the lack of details from any coinciding investigation occurring off page.
Although this was the third book in the series, I never felt that I was missing anything; however, considering the inner demons Frank battles at all moments of the day just to do his job, I do look forward to finding out more about his backstory from the prior books. His past drug use and resulting attempts to remain clean set him up as an unreliable narrator to blur the truth, yet surprisingly, he’s the one that garners the most trust and respect. Additionally, a burgeoning and quite unexpected connection with a previous character provides him with the opportunity to become a mentor/father figure that I am highly intrigued to read more of.
Overall, this well written plot was fascinating to read and really set some high expectations for the series as I read from the beginning and wait for future releases.

a Rafflecopter giveaway   Best of luck!

Many thanks to Great Escapes Virtual Book Tours and David Swinson! It was a pleasure reading, reviewing, and hosting! And be sure to check out the other stops on the tour for more opinions and extras! 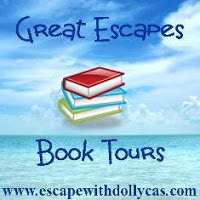