This week’s topic is Favorite Villains.  This is very self-explanatory; however, it is strongly encouraged that you avoid characters from the Harry Potter series!  We are all very aware of Umbridge, Voldemort, Bellatrix, and the Dursleys, so try to point out some different villains because as much as we love Harry Potter, it does get old.

Want to find out who my Top 5 Wednesday Favorite Villains are?
Here are my selections in no particular order:

1.  Gretchen Lowell from the Heartsick series 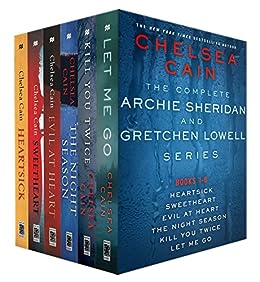 There is something truly fascinating about female serial killers.  It’s like my mind can’t wrap itself around the idea that a woman could be so disturbed and brutal, but these types of women exist and I shouldn’t be so surprised.  Gretchen is an extremely interesting and diabolical killer and the dynamics between her and the primary detective make for great reading that is hard to put down.
2.  President Snow from The Hunger Games trilogy

It’s hard not to be fascinated by a tyrannical ruler who forces communities to select their children to participate in a battle for survival in order to keep the entire citizenry in line!  Intimidation, torture, oppresion, you name it, this guy does it!

How many of us are even more terrified of clowns simply because of this character?!?

4.  King Aerys II Targaryen from A Song of Ice and Fire

He is the driving force behind what brings readers to the beginning of the Game of Thrones.  It really is unfortunate that the show hasn’t done a better job of conveying just how evil and tyrannical this individual really was.  He wasn’t known as the “Mad Kind” for no reason!  While the beginning of his reign was marked with promise, the desire for ultimate control and power drove him to trust no one.  He began to fear blades and as a result refused to have his hair or nails trimmed.  A fear of poison lead to a severely gaunt and undernourished appearance.  He became so obsessed with fire that he began burning his enemies alive.  Ultimately, he became convinced that Robert’s Rebellion would end his rule, so he ordered pyromancers to hide massive reserves of wildfire around King’s Landing in order to burn the entire city down rather than allow it to be taken over intact. 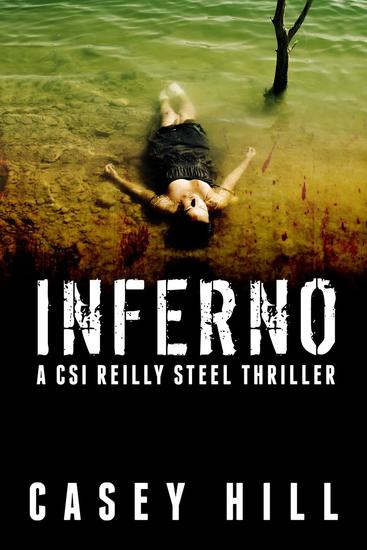 I can’t name the villain because it would be a huge spoiler!  This is the second book in a series I only just discovered featuring a main character who is the lead CSI for a unit in Ireland.  This book features a villain intent on exacting punishments derived from Dante’s Comedy specifically from the Inferno.  I had never heard of this series until my local library happened to add the first book to their collection .and now I’m hooked!  There are currently six books in the series available now with a seventh coming out next year.  I have to say that as far as thrillers go, this is a highly underrated series!  Each book features a different serial killer, but revolves around the same cast of characters trying to figure out what is going on.  The first book, Taboo, was equally chilling, but I felt the antagonist in this book was much more developed in understanding why the killings were happening in the first place.  If you are at all a fan of dark, gritty police procedurals, then definitely pick up this series now!

So those are my picks for this week’s Top 5 Wednesday!  Do you have any favorite villains?  Let me know in the comments!